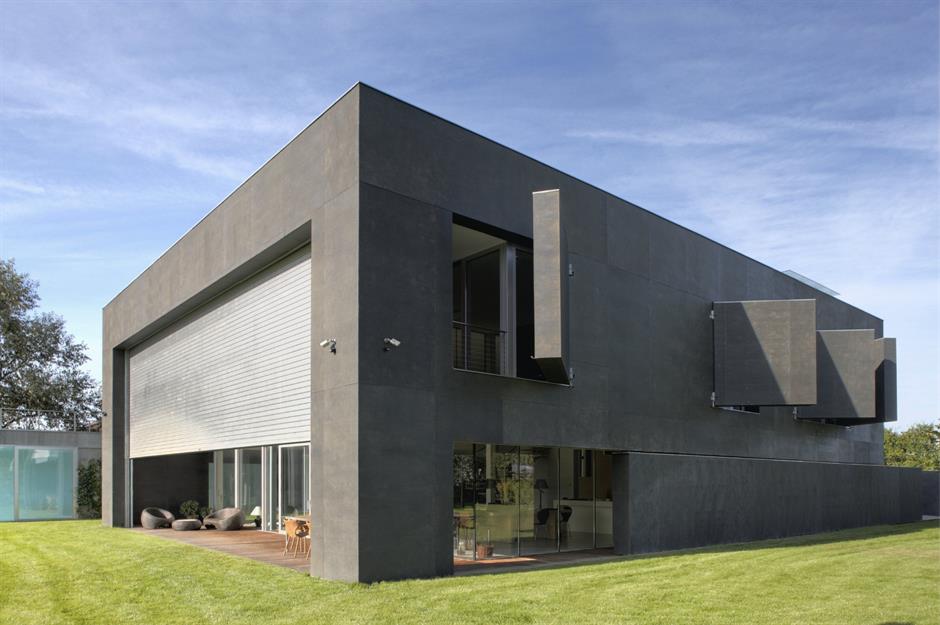 (Full article was found in the print version of the magazine)

Racking your shotgun becomes much less of a concern when intruders – or zombies – can’t make their way into your house. That said, we recently took a look at what might be the world’s ultimate home defense system that doubles as an architectural masterpiece that’ll leave potential intruders and zombies in awe.

Nowadays, the business of personal security is booming, and the money being spent on panic rooms, weapons, surveillance systems, and personal protection is at an all-time high. From high-powered diplomats to paranoid business moguls, safety has become an issue that’s taken deadly seriously (no pun intended). The “Safehouse” is the ultimate man cave that addresses every issue from personal safety and comfort to minimalistic design and functional architecture.

Located in a small village at the outskirts of Warsaw, Poland, this minimalistic compound designed by Robert Konieczny and constructed by KWK Promes sits amid a legion of “Polish Cubes” in the 1960s and a sprinkling of old wooden barns. Surrounded by plenty of barren land and sprawling acres, the house resides on a backdrop that looks almost computer-generated but doesn’t let its minimalistic demeanor fool you.

The owner, who opted to remain anonymous (understandably), wanted a retreat that would double as a fortress, and that is exactly what architect Konieczny delivered from conception to execution. Of course, a safe house wouldn’t be secure if its builder gave away all of the specs, so understand if we’re slightly vague in detail.